Get to Know The Bailey House - The Castle in Uptown NYC

Have you ever walked past 10 St. Nicholas Place at 150th St. and wondered, “What is that building?” That’s what happened to me when I first started previewing apartments in the neighborhood surrounding that address. I was walking along and suddenly realized that I was staring at greatness, but I had no idea why. I set to work reading everything I could about “The Castle.” 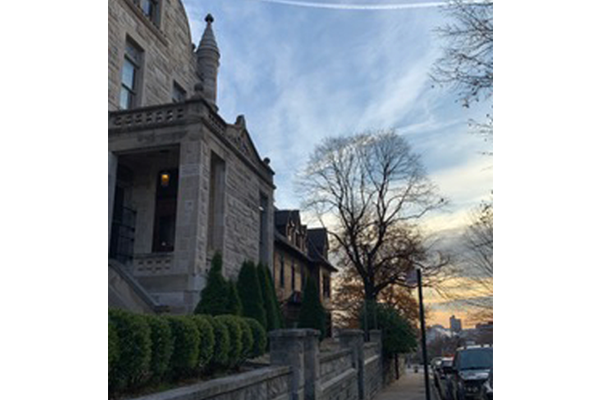 As it turns out, the greatness I was looking at was that of the Greatest Show On Earth! In 1886, James Bailey (the circus impresario who joined forces with Phineas T Barnum to form the Barnum and Bailey’s Circus in 1881) set out to build a castle in Harlem with the millions he’d made. The promise of Harlem becoming the next great residential area was still a dream very much alive and Bailey felt sure his castle would be at the heart of it.

He commissioned Samuel Burrage to design the exterior architecture. Burrage had just published House Plans For Everybody: For Village and Country Homes. The home he designed for James Bailey would far exceed the cost of any of the homes in his book. By the time the main house and stables were built, it was at an estimated cost of $160,000 ($5 million in today’s currency).

In the July 31, 1886 issue of The Record and Guide (a periodical chronicling real estate transactions and construction) described the project as being “built of limestone in the early English style.”

The contract was given to Fordyce & Hempler with the goal of construction being completed in 1 year, but the building was not actually finished until 1888. A prominent carved stone next to the tallest turret reads 1887. 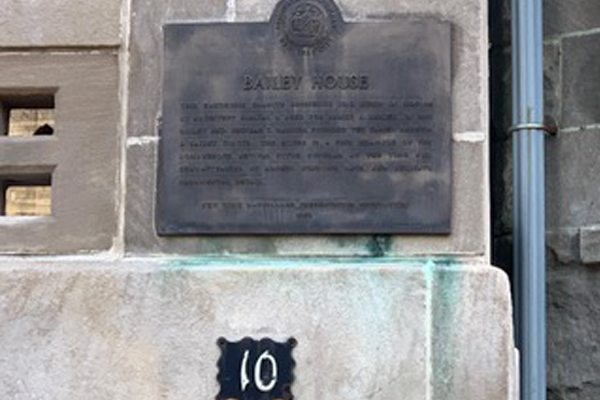 The Bailey House has over 100 windows, many of them unique stained glass designed by Henry Belcher who had patents on specific mosaic techniques.  His process was so time intensive that he was only in business from 1884 until 1890. Many presume he could not make a profit.

The beautiful stained glass can still be seen throughout the Bailey house and is certainly one of the characteristics that sets it apart. 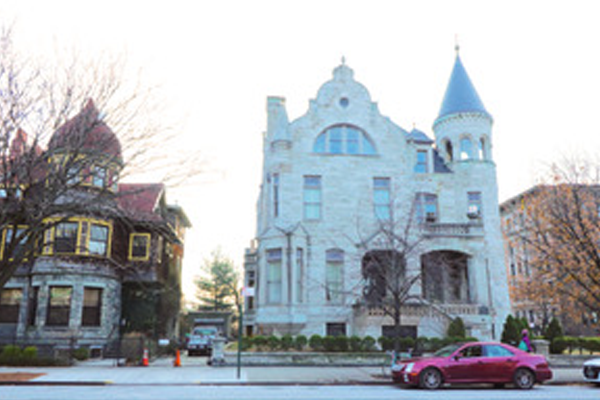 Unfortunately, many who gambled on Harlem becoming the next great residential neighborhood of Manhattan did not see the real estate crash coming. Much like the Strivers Row development where costs were no object, the Bailey House did not end up in the middle of other mansions but instead became more of a pocket of extravagance within an area soon to be taken over by apartment buildings. Instead of influential white millionaires, Harlem became the African American neighborhood and buildings began to quickly lose their value. 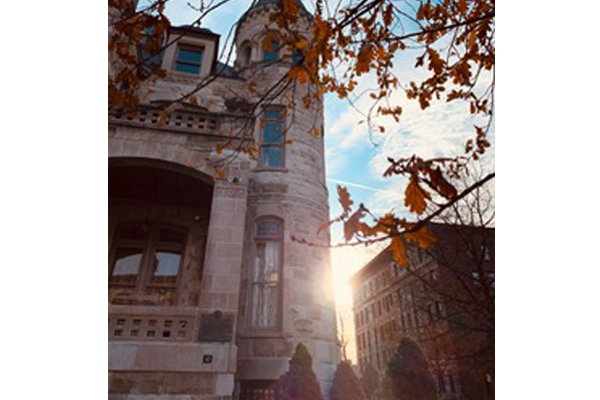 In 1899, after the Bailey family built their “country estate” in Mount Vernon, NY, the Bailey House at 10 St. Nicholas place was put up for sale. From 1899 until 1910 it had several owners.  In 1910, Dr. Louis Schaeffer purchased the home. He died in 1912 and after many years of controversy over his will and his money being held up in banks due to his German heritage and WWI, his daughter and her husband purchased the mansion in 1916 and lived there until 1950.

From 1951 until 2009, Warren and Marguerite Blake owned the Bailey House and ran the M. Marshall Blake Funeral Home.  As they began to age it became more and more difficult for them to maintain the home. In 2000 there was a small fire and the fireman were forced to break windows to extinguish the fire. The Blakes were unable to make repairs and the house went into serious disrepair.

Marguerite had loved the house since she was a little girl and was not inclined to sell, but finally, in 2008, it was placed on the market…for 10 million dollars. There had been so much damage caused by the broken windows and leaking roof that the house did not sell until August 9, 2009, for $1.4 million.

Martin and Jenny Spollen, a physical therapist and his wife, have been the proud owners ever since and have been painstakingly restoring the home ever since.  Stained glass windows have been lovingly restored as their own weight began to cause them to deteriorate over the years.

The day that I first noticed the Bailey House,  the large arched windows on the west-facing top floor were being replaced.

In 1974 the Bailey House was placed on the New York City Landmarks list and in 1980 on the Register of Historic Places so it is a very fortunate thing that the Spollens became so dedicated to saving the Bailey House. At 1.4 million it may have been a steal, but the constant and careful restoration has been the real cost.

Because the house was never used as a public building, much of the original detail, woodwork, tile, and light fixtures are all still intact. I hope to reach out to the Spollens and find a way to see the interior of the Bailey House, but in the meantime, stop for a moment when you are in the neighborhood and admire the beautiful and unique architecture. It is certainly a selling point for living in the neighborhood!

Susan Bennett-Goulet joins Bohemia after 25 years of working successfully on Broadway as a Production and House Electrician, lighting up the stars and billboards of the Great White Way. During that ti...

One of the perks of living in Uptown Manhattan is the plethora and variety of restaurants. While each neighborhood has its selection of great eateries...

Yoga and Community in Uptown Manhattan

Being a yoga teacher in this uptown community for the past 2 years has helped me realize how much spirituality can help bring a community together. I...